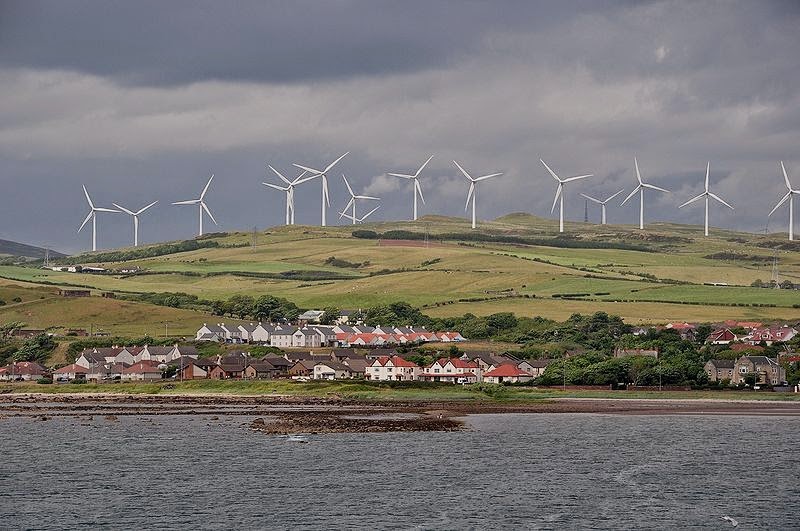 Warren Buffett knows what he is talking about:

'We get a tax credit if we build a lot of wind farms. That's the only reason to build them. They don't make sense without the tax credit.'

Mainstream media have lately been full of stories about this year becoming "the hottest year on record":

WASHINGTON (AP) - Earth is on pace to tie or even break the mark for the hottest year on record, federal meteorologists say.

That's because global heat records have kept falling in 2014, with September the latest example.

However, this is another example of the global warming alarmists trying to misuse unrealiable statistics in order to spread their secular "religion". Dr. Roy Spencer explains why their "facts" are no more than propaganda:

Much is being made of the “global” surface thermometer data, which three-quarters the way through 2014 is now suggesting the global average this year will be the warmest in the modern instrumental record.
I claim 2014 won’t be the warmest global-average year on record.
..if for no other reason than this: thermometers cannot measure global averages — only satellites can. The satellite instruments measure nearly every cubic kilometer – hell, every cubic inch — of the lower atmosphere on a daily basis. You can travel hundreds if not thousands of kilometers without finding a thermometer nearby. --

... the alarmists will continue to use the outdated, spotty, and heavily-massaged thermometer data to support their case. For a group that trumpets the high-tech climate modeling effort used to guide energy policy — models which have failed to forecast (or even hindcast!) the lack of warming in recent years — they sure do cling bitterly to whatever will support their case.
As British economist Ronald Coase once said, “If you torture the data long enough, it will confess to anything.”
So, why are the surface thermometer data used to the exclusion of our best technology — satellites — when tracking global temperatures? Because they better support the narrative of a dangerously warming planet.
Except, as the public can tell, the changes in global temperature aren’t even on their radar screen (sorry for the metaphor).
Of course, 2015 could still set a record if the current El Nino ever gets its act together. But I’m predicting it won’t.
Which brings me to my second point. If global temperatures were slowly rising at, say, a hundredth of a degree per year and we didn’t have cool La nina or warm El Nino years, then every year would be a new record warm year.
But so what?
It’s the amount of temperature rise that matters. And for a planet where all forms of life experience much wider swings in temperature than “global warming” is producing, which might be 1 deg. C so far, those life forms — including the ones who vote — really don’t care that much. We are arguing over the significance of hundredths of a degree, which no one can actually feel.