There should not anymore by any doubt about the fact that Russian (Ossetian) conductor Valery Gergiev is a complete Putin stooge. This formerly leading conductor is now one of the leading propagandists for the dictator in the Kremlin:

According to him, Russia did not incorporate the Crimea, it was the will of the people, which manifested itself in a referendum.

"In Ukraine there are too many Nazi elements," he argues, and maintains that the overwhelming result of the referendum was that the Crimean Peninsula residents do not want to remain under the "fascists".

The same applies in his view to many east Ukrainians.

"Russia has received tens of thousands of refugees from Eastern Ukraine." --

"I do not want to be a messenger in this and take another role than my role as a musician. I strongly recommend also to Karita Mattila, that she does what she is best at: singing an acting."

Gergiev continues to reflect on Mattila even more vehemently.

"How can she look into the eyes of those mothers whose children were killed? Many, many children died in the Ukrainian army's needless bombardment. There are no attacks against Kiev from eastern Ukraine, but from the centre they go to the east in order to annihilate these people. Why is the military used to destroy the country's own nationals, who have an Ukrainian passport ? "

The entire interview in the leading Finnish daily Helsingin Sanomat here (in Finnish).

My message to the LSO and the Munich Philharmonic: The only decent thing you can do is to get rid of this man as soon as possible! A continued involvement with this conductor turned Putin propagandist will tarnish your image and credibility for years.

And, I say it again: Kudos to Karita Mattila, who dares to speak out!
Upplagd av NNoN kl. 12:41 No comments:

A great day for Europe: Jean-Claude Juncker nominated as the next President of the European Commission 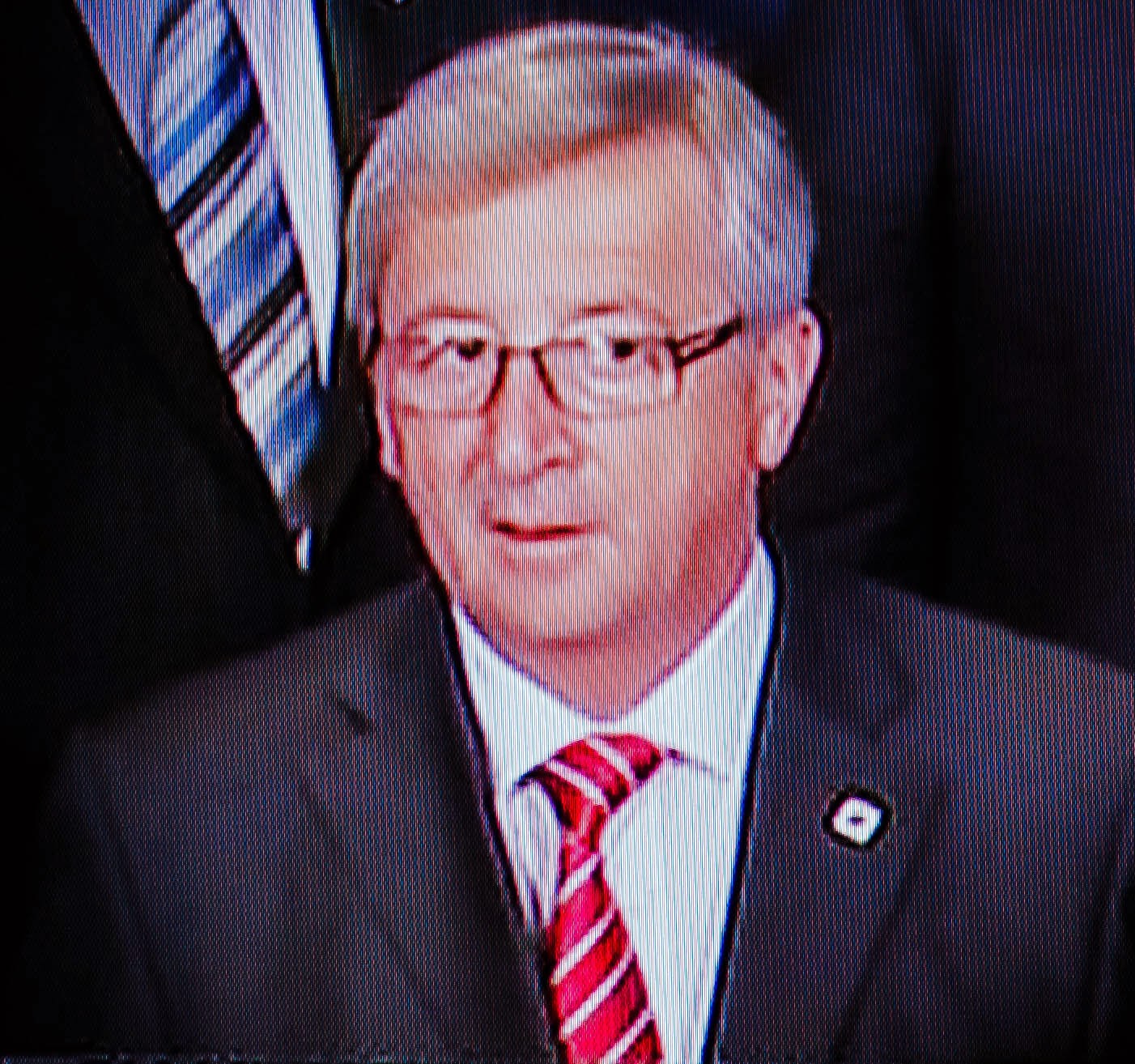 "I am not a dwarf"
Jean-Claude Juncker

Today is a great day for Europe: EU leaders have nominated former Luxembourg PM Jean-Claude Juncker as the next president of the European Commission.

Finally, a fresh and inspiring new face in the Commission!

Juncker, who is known for his bold initiatives and visionary thinking is exactly the right person to lead Europe into a bright and prosperous future.

We cannot wait to hear more about Mr. Juncker's exciting reform programme. Fortunately, the Telegraph, citing sources in Brussels, gives us a foretaste of what we can expect:

Sources also described how Mr Juncker “chain-smoked” through a series of meetings on Thursday and disclosed that he is attempting to get rules changed so that he can smoke in buildings in Brussels.

The Telegraph also discloses why France has been one of Juncker's strongest supporters:

One senior diplomatic source has said he “has cognac for breakfast”.


“The BBC gets much right on diversity, but the simple fact is that we need to do more. I am not content for the BBC to be merely good or above average”


It turns out that the entire BBC will soon get the BBC World Service "treatment":

One in seven BBC presenters and actors is to be black, Asian or minority ethnic within the next three years, it has been announced, as Lord Hall pledges to improve diversity.

Lord Hall, the director-general, has promised 15 per cent of on-air BBC staff will be black, Asian or minority ethnic (BAME) by 2017, along with one in ten managers. --
Speaking at the BBC’s Elstree Studios, Lord Hall promised the corporation aimed to be “beyond reproach” on diversity issues, as he announces a new group of advisors including comedian Lenny Henry, athlete Baroness Tanni Grey-Thompson, and broadcaster Baroness Floella Benjamin.
He has now confirmed a set of targets for the BBC, to be fulfilled over the next three years.
Read the entire article here
By prioritizing one minority group, BAME, Lord Hall clearly discrimates against all other minorities, which should be offered the same chance to work as presenters, actors and managers at the BBC. Here are just a few examples of minority groups which without doubt should be included in the new diversity programme:
Upplagd av NNoN kl. 13:12 1 comment:

British people would vote to leave the European Union by a large margin under the current terms of membership, according to a new Opinium/Observer poll.
But David Cameron could turn public opinion round and keep the UK in the EU if he is able to negotiate new and improved terms of membership, the survey suggests.
Opinium found a total of 48% would definitely or probably vote to leave under present rules, while 37% said they would definitely or probably vote to stay in.
However the poll suggests the tide could be turned if David Cameron, who has promised to hold an in/out referendum by the end of 2017 if the Conservatives win the next election, does manage to secure a favourable renegotiation of terms.
In that event, 42% say they would either definitely or probably vote to stay in, against 36% who would probably or definitely vote to leave. There is widespread scepticism, however, over Cameron's ability to achieve a satisfactory renegotiation. Only 18% (including 34% of Conservatives) think he will win the necessary concessions.
(bolding by NNoN)

For the sake of a better British - and European - future, let's hope that the result (if the referendum will actually take place) will be a resounding no. (By a better European future, I mean a gradual unravelling of the present undemocratic and overbureaucratic EU).
Upplagd av NNoN kl. 08:45 No comments: