Former Uefa president: England should be given the 2018 World Cup instead of mafia state Russia

Of course former Uefa president Johansson is right. The dictator of the mafia state called Russia, Vladimir Putin, should be denied the games due to massive corruption:

England should be given the 2018 World Cup instead of Russia, the former Uefa president Lennart Johansson has said.
Johansson, who lost the 1998 Fifa presidential election to Sepp Blatter, says the 2018 and 2022 World Cup awards should be reviewed in the light of the new corruption charges.
Johansson, 85, speaking after seven Fifa officials including two vice-presidents were arrested by police in Zurich for extradition to the USA, told the Swedish newspaper Sportbladet: “I expect they will reconsider the [World Cup] decisions. Blatter himself has said that the decision to go east wasn’t proper. I am sure the initiative will now be taken to make a new decision.
“England haven’t had it since 1966 and it’s considered ‘the motherland of football’, whatever we might think. They are worthy of the attention.”
Upplagd av NNoN kl. 14:13 No comments: 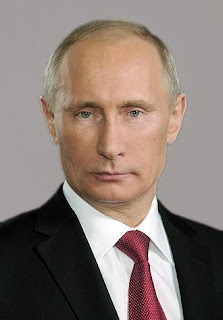 "It is impossible to imagine Putin, the gray little KGB colonel, with a book in his hands."