Lord Lawson: The EU "has proved itself to be unreformable" 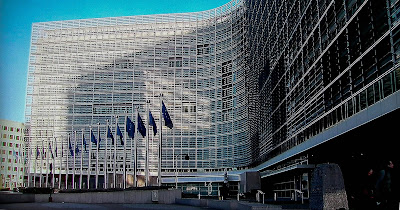 Lord Lawson´s Chatham House speech is great reading if you want to know the reality of the monster called the European Union. Here is an excerpt:

Is there a powerful economic case for our remaining in the European Union, despite our fundamental disagreement with its overriding political objective?
The answer has to be an emphatic ‘no’.
The EU with its single market is the slowest-growing economic bloc in the world, and there is no reason to believe that this is going to change.
This is partly because of the dysfunctional single currency, and partly because of the deep-seated unwillingness to undertake the sort of structural reforms which we in this country put in place during the Thatcher era.
Meanwhile, despite the rebate of our net financial contribution to the EU secured by Margaret Thatcher, it still costs us some £10 billion a year net to belong the club.
That is money we pay and never see in any form again.
Money that could be so much better spent on our own national priorities.
The gross subscription is almost twice as much – some £700 a year, year in year out, from every household in the land.
Even more costly is the burden of EU regulation, particularly damaging to our small and medium-sized businesses.
This has been reliably calculated at getting on for £25 billion a year.
And the flood of new EU regulation is unceasing – partly because it is an article of EU faith that ‘more Europe’ must ipso facto be a good thing; and ‘more Europe’ is all too often interpreted as more EU regulation.
It is perfectly true that Whitehall, too, is capable of engaging in excessive regulation: it’s not all Brussels.
But the fundamental difference is that unnecessary or undesirable indigenous regulation can be repealed, as it was during the 1980s when I was in government.
By contrast, EU regulation is untouchable.
Nor, despite lip service being paid to the notion of subsidiarity, is there ever any transfer of competence back from the EU to the member states.
Never.
The principle of the acquis communautaire is absolute: the ratchet is irreversible.
In his seminal Bloomberg speech, three years ago, the Prime Minister announced his objective of securing “fundamental, far-reaching reform” of the European Union, including an end to the ratchet.
I am sure he did his best.
But he has failed completely.
The European Union about which we will be voting on 23 June is not only wholly unreformed.
It has proved itself to be unreformable.
Upplagd av NNoN kl. 22:02 No comments:

Dr Gerard Lyons: "The European Union is like the Titanic"

An excellent article by Dr Gerard Lyons, economic advisor to the Mayor of London,
Boris Johnson:

The European Union is like the Titanic. Imagine being in Southampton harbour the day the Titanic set sail. Its size gave the impression of invincibility: safe and secure. It wasn’t. Despite receiving warnings of impending danger it didn’t change course, hit trouble and sank.
Because it is huge, some in the UK feel we would be safer and economically stronger in the EU. This is wrong. We now have the opportunity to jump ship to safety. An opportunity we are never likely to have again. Not a leap into the dark, but for those able to look ahead, a move to safety.
Brexit allows the UK to address directly the areas that the EU has rendered us rudderless in. These include returning sovereignty and having a meaningful immigration target that can be met. We can focus attention on what is needed for small firms and for ordinary workers across the whole country. Outside the EU we can position the UK to be outward looking.

David Cameron cannot be serious about "the leap in the dark" 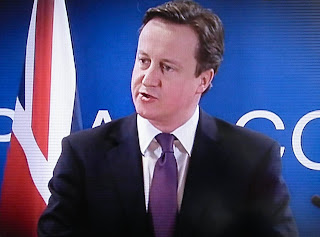 David Cameron has described leaving the European Union as a “leap in the dark”.

I find it strange that Cameron can say something like this. How can a return of powers to "the Mother of all Parliaments", a return to independence, be a "leap in the dark"?

I sincerely hope that the British will seize the opportunity and vote for leaving the undemocratic monster "empire" that the EU has become. It could be the beginning of a totally new and better Europe!