Vladimir Putin can still count on a number of useful idiots in the US. Leslie Gelb (former correspondent and columnist, former senior Defense and State Department official) is one of them. In his view the US and Europe are solely to blame for Putin´s aggression in Ukraine. And, indeed, the Baltic states should never have been allowed to join NATO!

Here are a couple of excerpts from Gelb´s latest "research":

Over the course of the 1990s and early 2000s, NATO conferred membership upon much of Eastern Europe. In many cases, this was a sound strategy for the West, Russian resentment notwithstanding. The alliance, however, pushed its advantage provocatively far. It extended its protective wing up to Russia’s borders in the Baltic states.
---

When some neighbors rejected Russia in favor of the West, Moscow chose force. In Georgia, Russia solidified control over the provinces of South Ossetia and Abkhazia. A democratic uprising in Ukraine triggered Russian support for revolts in Ukraine’s eastern provinces and the annexation of Crimea.
At some point over the last quarter century, Washington might have realized that the Kremlin was not going to sit around and wait for the West to determine Russia’s fate. Russia’s leaders countered with what came naturally to them—military power—to ensure they would shape their own future.

"Wait for the West to determine Russia´s fate"?!! 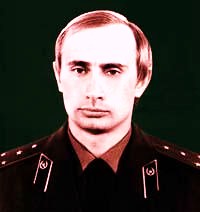 And for the final question of the interview, Mr Putin was asked by Fontana: "Is there an action that you most regret in your life, something that you consider a mistake and wouldn't want to repeat ever again?"

According to the paper's report, Mr Putin pondered the question for a short while before his eyes lit up and he replied softly: "I'll be totally frank with you. I cannot recollect anything of the kind. It appears that the Lord built my life in a way that I have nothing to regret."