The UN has announced another wasteful and totally useless global warming photo opportunity:

Bonn, April 7, 2016 - The Paris Climate Change Agreement opens for signature on 22 April 2016 during a high-level ceremony convened by UN Secretary-General Ban Ki-moon in New York, marking an important international push on the way to the agreement’s timely entry into force.
Over 130 countries have confirmed to United Nations headquarters that they will attend the signing ceremony, including some 60 world leaders, amongst them President Francois Hollande of France.

One wonders why the greenies are not voicing a strong protest against this high carbon footprint tourism paid for by ordinary taxpayers in "over 130 countries"? ...

Tim Stanley: "A vote to stay in the EU is a vote to validate David Cameron" 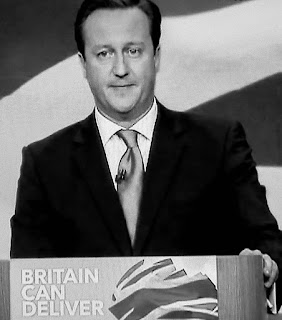 Tim Stanley is spot on in the Telegraph:

"in the public’s mind, a vote to stay in the EU is a vote to validate David Cameron – at the very moment when he is at his least appealing. Tax credits, disability benefits, the resignation of Iain Duncan Smith, the junior doctors strike, etc: whether you regard these things as innocent mistakes or proof of villainy, they all give people reason to vote for Leave in order to punish its most important champion. And with new revelations about the Cameron family's financial arrangements, the champion looks more and more vulnerable."
Upplagd av NNoN kl. 13:03 No comments:

Quote of the week: Lord Owen on Brexit

"The EU/Eurozone from 1992, in marked contrast to the old European Community of 1975, creeps into every nook and cranny of our life.
"It is now becoming entrenched in the NHS and this June we have a once-in-a-lifetime opportunity to get it out."
Upplagd av NNoN kl. 11:54 No comments:

Panama Papers: Putin and his friends

An excellent video about the world´s richest and most corrupt political leader and his friends:


It’s inconceivable, though, that the network could have existed without the knowledge and support of Putin, said Karen Dawisha, a U.S. political scientist who has written extensively about Putin and his regime.
“He takes what he wants,” said Dawisha. “When you are the president of Russia you don’t need a written contract. You are the law.”

Here you can read more.