The Der Spiegel journalist and author Jan Fleischhauer has written a must read column on Germany's infatuation with Barack Obama and desire "to see America on its knees":

German schadenfreude knows no bounds, particularly when it comes to the United States. The country loves to feel superior to a superpower like America. Yet Germany also harbors a childish infatuation with Obama -- one which has little political grounding. The reasons are psychological.
-
There is hardly an issue about which Germans as so united as they are by their desire to see America on its knees. It unites both the left and the right. Wherever they look, they see decay, a lack of culture and ignorance. "A perverse mixture of irresponsibility, greed, and religious zealotry," as my adversary, columnist Jacob Augstein, furiously argued on Monday.
-


The childish excitement over Obama, that once again took hold over Germans during this election -- fully 93 percent of the country would have voted for him in this election -- is the flip side of this desire for America's demise. That the Germans, of all people, should see themselves in a black civil rights attorney from Chicago can only be explained by the fact that they see him as the opposite of what they consider to be normal Americans.
Since Obama spoke to the world in front of the Victory Column in Berlin during his first presidential campaign in the summer of 2008, he has found a firm place in the hearts of German citizens. They will always be grateful to him for this honor. That's why they forgive him for keeping Guantanamo open and for sending out drones like other people would send postcards.

In the daily Süddeutsche Zeitung, Andrian Kreye correctly pointed out that for Europe, life with Republican presidents is usually easier, because the US then takes the obligations of its alliances seriously.
Obama has no interest in Europe, and all of his attention goes to Asia. If this president calls the German chancellor's office, it is only to try to sweet talk her into finally implementing euro-bonds, so Wall Street can sleep again. But that is one of those facts that is better to suppress.
Superpowers don't disappear over the course of years. It takes decades, if not centuries. As such, the verdict might not arrive for awhile yet. The prophets of doom can continue to hope.

Fleischhauer hits the nail on the head. And the childish excitement over Obama is not only a German phenomenon - the same infatuation was in evidence all over Europe during the U.S. presidential election campaign. And the feeling of being above the "primitive" Americans is also shared by most Europeans. Psychologically, this European hubris seems to be a way to suppress the huge economic and social failures and stagnation that have taken hold of the European Union during the last few years (with no likely change to the better in sight).

Email ThisBlogThis!Share to TwitterShare to FacebookShare to Pinterest
Tags: EU, Germany, US


The American led shale gas revolution is taking its toll on Putin's money machine, Gazprom:
From the Baltics to the Mediterranean, Russia’s Gazprom has long been the dominant supplier of natural gas to heat homes, run factories, and generate electricity. Even if its European customers grumbled about high prices, they didn’t do it too loudly: Gazprom could cut them off, as Ukraine learned during its price disputes with the company between 2005 and 2010.
A global production boom led by U.S. shale gas has turned the tables. While the U.S. is now awash in cheap gas, Gazprom’s European customers pay about three times the U.S. price. European utilities are demanding—and winning—price concessions that are clobbering Gazprom’s bottom line. On Nov. 2, the company reported second-quarter profits down 50 percent, as discounts to clients reached $4.25 billion so far this year.

As recently as a decade ago, Gazprom accounted for almost half of Europe’s gas imports. That figure has since fallen to about 33 percent, as customers switched to Norwegian or Algerian gas—and, more recently, to imported American coal, which has become plentiful because U.S. utilities are burning cheap gas instead. Even Vladimir Putin has acknowledged something has to change. Gazprom, he said at an energy meeting near Moscow on Oct. 23, must “find new, mutually acceptable forms of cooperation to be closer to the end users.”

This the beginning of the end for the former KGB agent turned dictator. Putin is now desperately trying to make Rosneft, another energy company, his new milk cow, but it is highly unlikely that he will succeed.
Upplagd av NNoN kl. 05:51 2 comments:


There are of course a great number of reasons for why Barack Obama was able to win a second term despite being an extremely weak and incompetent leader. However, the crucial underlying reason was without doubt the impact of the shale gas and oil on the U.S. economy and job creation. The shale gas revolution - which Obama has played no part in, even if he tried to take credit for it - made it difficult for Romney to bring home his message of an economy in steep decline.

New research from the American Clean Skies Foundation shows the impact of the shale gas revolution:

Shale gas and advances in oil and natural gas extraction technologies over the last five years have provided a large economic stimulus for the United States. That is the conclusion of new research from the American Clean Skies Foundation, a not-for-profit organization dedicated to advancing America's energy independence and a cleaner, low-carbon environment through the expanded use of natural gas, renewables and efficiency.

The research is based on data and analysis by ICF International and estimates that technology-driven changes in oil and gas production since 2007 will lead to 835,000 to 1.6 million new U.S. jobs by 2017 and increase the country's gross domestic product by $167 billion to $245 billion on a net basis.
For example, the report estimates that for every billion cubic feet of additional gas demand per day, there are 13,000 additional direct drilling and pipeline jobs, plus thousands more related to new chemical plants and other gas-using facilities. In turn, these jobs generate a further 10,000 to 30,000 induced indirect jobs in the manufacturing, retail and service sectors.

In January I made this "prediction", which I think turned out to be correct:

In the United States the shale gas/oil revolution has through its own force already changed the country´s economic outlook. This development is taking place, not because of some positive action of the present US administration, but despite of its policies. Ironically, it is quite possible that the energy centered economic turnaround, in which Obama has had no role, will in the end help to get him re-elected.

German columnist on Republican voters: "They are the Taliban of the West"


There is no perfect democracy anywhere - not in Germany, and even less so in the German sponsored creature called the European Union (also known as the EUSSR). However, this characterization tells more about its author, Der Spiegel columnist Jakob Augstein, than about the United States:

Germans see the US election as a battle between the good Obama and the evil Romney. But this is a mistake. Regardless of who wins the election on Tuesday, total capitalism is America's true ruler, and it has the power to destroy the country.
-
We want to believe that Obama failed because of the conservatives inside his own country. Indeed, the fanatics that Mitt Romney depends on have jettisoned everything that distinguishes the West: science and logic, reason and moderation, even simple decency. They hate homosexuals, the weak and the state. They oppress women and persecute immigrants. Their moralizing about abortion doesn't even spare the victims of rape. They are the Taliban of the West.

Still, they are only the symptom of America's failure, not the cause. In reality, neither the idealists and Democrats, nor the useful idiots of the Tea Party have any power over the circumstances.
-


The truth is that we simply no longer understand America. Looking at the country from Germany and Europe, we see a foreign culture. The political system is in the hands of big business and its lobbyists. The checks and balances have failed. And a perverse mix of irresponsibility, greed and religious zealotry dominate public opinion.
The downfall of the American empire has begun. It could be that the country's citizens wouldn't be able to stop it no matter how hard they tried. But they aren't even trying.

Email ThisBlogThis!Share to TwitterShare to FacebookShare to Pinterest
Tags: democracy, Germany, US

Time to uncork the champagne: Orders for offshore wind turbines have come to a halt in the UK 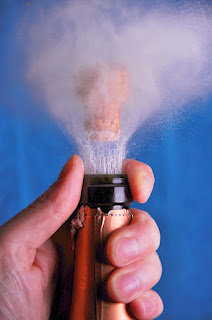 Time to uncork the champagne!:

The Financial Times reports that orders for offshore wind turbines have come to an abrupt halt in the UK. This is seen as the first clear sign of a (most welcome) slowdown in renewable energy investment.

The three leading manufacturers of the turbines due to be made for the vast banks of wind farms planned for British seas have taken just one offshore order between them this year, the FT has learned.

This comes amid an “unnecessary investment freeze” triggered by the government’s troubled efforts to change the way it subsidises low-carbon energy, according to Keith MacLean of the SSE power company, which is developing UK offshore farms.

The wind industry, which would not be able to show any profits without government subsidies, is  getting desperate. This week their lobbyist are going to tell aunt Connie in Brussels about the nasty uncles David and John in London, who are planning to reduce their source of (taxpayer funded) candy:


But uncertainties in green energy policy in the UK, which has more offshore wind power capacity than the rest of the world combined, are one reason leading turbine makers and wind farm developers will be meeting European Commission officials later this week, said a spokesman for the European Wind Energy Association.
If more stable policy is not “urgently forthcoming from governments then the renewable energy targets will be missed”, warned Justin Wilkes of the European Wind Energy Association.

Indeed, what a terrible fate is in store for the citizens of the UK, and other parts of the EUSSR if the "the renewable energy targets will be missed"!  Aunt Connie is going to be real angry!

Another reason to uncork the champagne!

Putin's puppet Medvedev on his way out


Prime Minister and former President Dmitry Medvedev is probably more "liberal" than Vladimir Putin. But  in reality that has not made any real difference, because Medvedev has been - and still is - nothing more than a puppet, created by Russia's dictator Vladimir Putin.
Several of Medvedev's "liberal" aides have recently been fired, and Reuters reports that "rumours swirl in Moscow that Medvedev himself will be fired by Putin before the end of the year".
Medvedev probably already knows that his days are counted, which is why he on Friday chose to disagree with his boss about the release of the two members of the punk band Pussy Riot:
"RIA Novosti news agency quotes Medvedev Friday as saying it was not "right" for Nadezhda Tolokonnikova and Maria Alyoknina to serve prison sentences, adding that they had "already been in jail long enough."

Putin and his band of former KGB friends still repeat the mantra of modernisation - a concept beloved by Russian tsars for centuries - but the facts on the ground tell another story:

"A brief and shallow political thaw under Dmitry Medvedev's 2008-12 presidency (in which Putin continued to wield ultimate power from the prime minister's office is being reversed.


Opposition leaders have been arrested on charges which human rights organisations say are trumped-up, new controls have been clamped on the Internet and a Medvedev repeal of slander laws has been reversed."
Read the entire article here


Most international investors understand what is going on in Putin's Russia, and stay away. The big exception is BP, which recently made its biggest mistake ever by joining forces with a dictator, who in the end will share the fate of all other corrupt and criminal dictators.