Alarmist "study": 1000 children a day are dying because of climate change 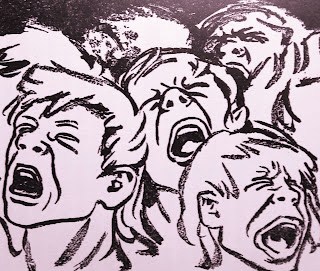 Alarmists still seem to think that scaremongering is a winning strategy:

Nearly 1,000 children a day are now dying because of climate change, according to a path-breaking study published Wednesday (PDF), and the annual death toll stands at 400,000 people worldwide.

Climate change also is costing the world economy $1.2 trillion a year, the equivalent of 1.6 percent of economic output, reports the Climate Vulnerability Monitor, a study commissioned by 20 of the world’s governments whose nations are most threatened by climate change and released on the sidelines of the U.N. General Assembly meeting in New York.

Most of the 400,000 annual deaths are “due to hunger and communicable diseases that affect above all children in developing countries,” concludes the study, written by 50 scientists and policy experts from around the world.
Read the entire article here

The enviro-fundamentalists behind the "study" do not seem to realize that this kind of lunatic scaremongering is counterproductive. But from a climate skeptic point of view it is not without its benefits; sane people understand how far from reality the alarmists are. However, it is sad if easily influenced individuals - and children - suffer after reading the horror stories.

Do you have an argument or is denial all you have?